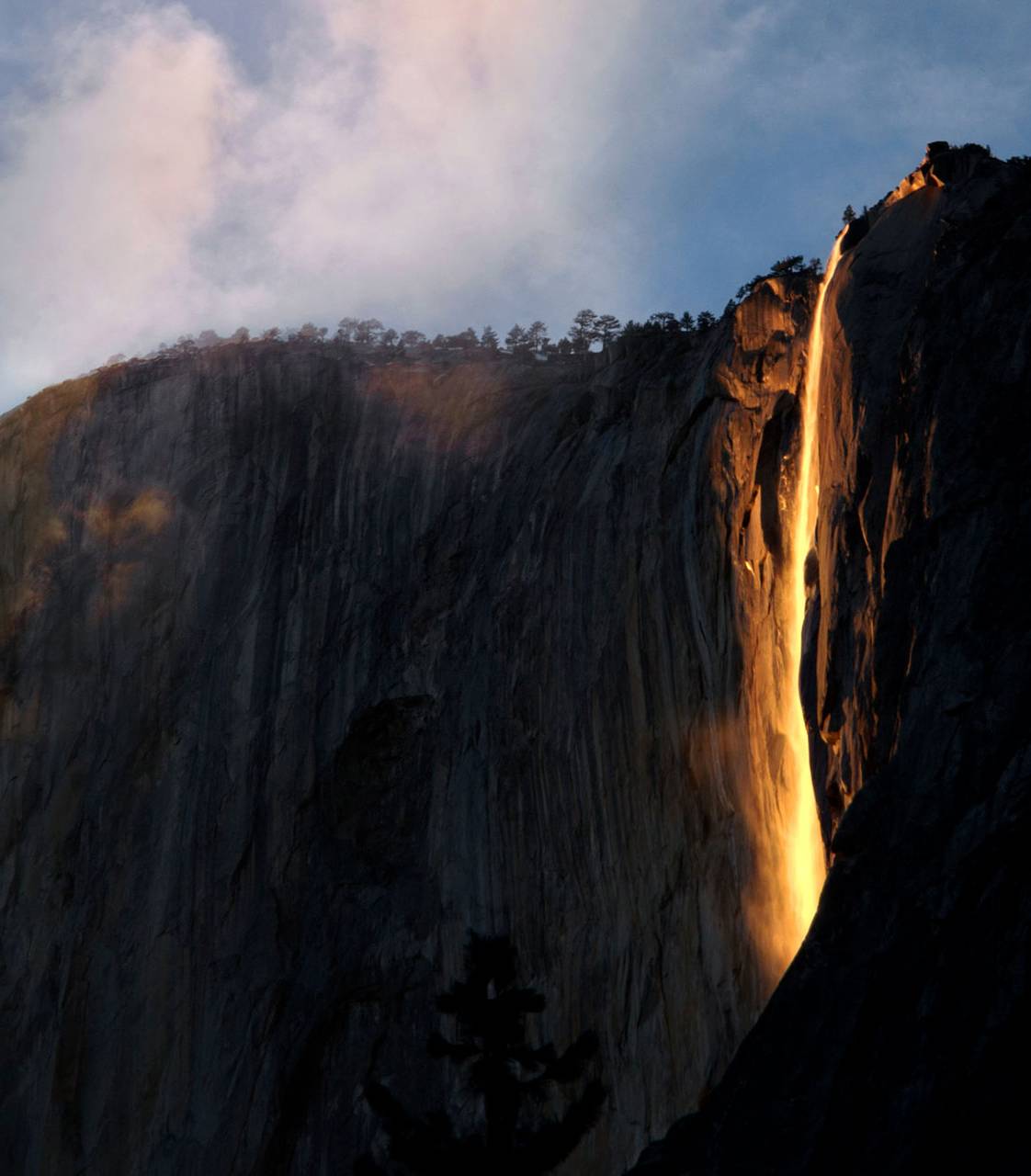 One of the most famous national parks in the world is Yosemite National Park. This park is known for its giant sequoia trees. Other highlights of the park include Bridalveil Fall, the granite cliffs of El Capitan and Half Dome. Yosemite Village is home to lodging and shops, and the Ansel Adams Gallery houses prints of his landscapes. In addition, Yosemite Village has an extensive museum featuring the work of Ansel Adams.

Rock climbing is an important part of Yosemite National Park

For generations, the crags of Yosemite have inspired hikers, climbers, and artists. The famous black-and-white photographs by Ansel Adams in the 1920s have captured the park’s beauty. Climbers have also found inspiration in the park’s sheer walls, creating a cult following. Today, campers and hikers also flock to Yosemite to experience rock climbing.

While there are no rules that prohibit climbers from climbing in the park, visitors should be aware of the dangers involved. Many routes feature high exposure to rock falls and lightning, so be cautious and follow the safety rules of the park. Always check the weather forecast, and always carry plenty of water and food with you. During lightning storms, climbing Half Dome can be dangerous. Before climbing, take time to read the Staying Alive in Yosemite Valley guidebook.

Newcomers to rock climbing should be aware of safety regulations. While Yosemite may look intimidating to new climbers, there are many ways to conquer the crags without any experience. In addition to top-roping, many sport climbs require clipping into bolts. While the climber should have experience leading a group, there are also opportunities for individuals to manage and place their own gear.

Rock climbing in Yosemite National Park is a year-round activity, although it is weather dependent. The famous Half Dome is a spectacular attraction, rising over 1,360 feet above the valley floor. Climbers should bring proper climbing equipment, as it is difficult and requires a certain level of fitness. Nonetheless, the park’s rocks are beautiful and offer unparalleled views.

The creation of Yosemite National Park took place during the formation of the Sierra Nevada mountain ranges. The valley’s first inhabitants were the Ah-wah-ne-chee tribe. This tribe was known as “big mouth” and “those who kill.” European settlers came to the region following the California gold rush. They were impressed by the natural beauty of Yosemite Valley and soon became climbers’ mecca.

As the nation began to expand its national park system, John Muir was instrumental in convincing President Theodore Roosevelt to create the national park system. He campaigned for congressional action to protect the park, which would include the Mariposa Grove and the Yosemite Valley. The president signed a bill granting federal control of the park in 1906, and the area was renamed Yosemite National Park.

Yosemite National Park is one of the first wilderness parks in the country. It’s best known for its waterfalls and the giant Sequoia trees. The park contains several lakes and rivers, and is home to the tallest waterfall in the United States, Yosemite Falls. Yosemite National Park offers a diverse array of activities for visitors.

The park covers a massive 1,200 square miles. Famous landmarks of Yosemite include the Valley of Fire, which is a nighttime spectacle that shoots red-hot embers from the cliff near Glacier Point. This massive park has increased traffic, especially during the summer months. Yosemite is one of the most visited natural landscapes in the world.

It is a climber’s playground

Despite being a popular destination for rock climbers, Yosemite is not a place for beginners. Climbing here requires strength, technique, and balance, and the steep terrain and wide cracks make the climbing experience somewhat unorthodox. In fact, climbing in Yosemite often requires a little extra work, so it’s important to prepare ahead of time.

Climbers in Yosemite National Park must adhere to rules and regulations. They must follow the guidelines for climbing, and if a group does not follow the rules, they must explain them to other climbers. If climbing overnight, you must acquire a wilderness climbing permit. You should also pick up litter and participate in organized clean-ups. And you should respect closed areas.

Many famous climbers have died in the park. Most recently, Brad Gobright, an acclaimed Yosemite climber, died while attempting the Salathe Headwall on El Capitan. But his tragic death has inspired climbers to return to Yosemite, which is considered the world’s toughest granite. However, be aware that free solo climbing in Yosemite is extremely dangerous.

The Octagon is an area about 15 miles west of the Highway 140 entrance station. It features sketchy cliff jumps, tree jumps, and rope swings. Ask local climbers for directions. If you’re visiting Yosemite in the winter, be prepared for snow, but don’t let that stop you from enjoying this magnificent national park. Half Dome Village, Ansel Adams Gallery, and the Ansel Adams Gallery are other must-see attractions.

If you’re looking for a new challenge, Yosemite is the place for you. El Capitan, at 2,307m, is the highest continuous wall in the United States and dominates the north side of Yosemite Valley. It’s extremely difficult, but has a few famous climbs. The Nose, for example, is the world’s most famous climb and has 31 pitches of incredibly steep climbing.

It is a family-friendly destination

Guests at Tenaya Lodge in Mariposa will enjoy the variety of dining options at Yosemite Valley Lodge, ranging from great burger joints to more upscale dining. While it is recommended to avoid splurging on expensive meals, it is possible to enjoy the area’s top-notch cuisine. Mariposa has a variety of excellent family-friendly restaurants, including June Bug Cafe and Happy Burger Diner. If you don’t want to leave the park, you can dine at the Coulter Cafe and General Store.

Visits to Yosemite National Park can be enjoyed year-round, although the peak season is the summer, when the park is busy and expensive. The Merced River is at its strongest during this season, and spring flowers are in bloom. Spring weather is mild, but be prepared for unexpected late-season snow. Visiting during this time of year can help you avoid the crowds and keep the cost of admission down.

While visiting Yosemite, take note of the weather. While temperatures are hot and cold during the day, they will drop during the night, making it essential to dress appropriately. Bring water bottles and make sure you stay hydrated. Hiking boots are a must! There are limited accommodations in the area, so make sure you plan ahead. If you’re planning to hike for an extended period of time, it’s best to book a hotel in nearby San Francisco or Los Angeles.

It has a rainbow at night

It is not everyday that you can see a rainbow at night, and Yosemite National Park is one of those rare places. You can even witness a moonbow, a type of nighttime rainbow that forms when the moonlight reflects off water. A moonbow can be most spectacular during a full moon. Watch this video to see the best places to see a moonbow in Yosemite National Park.

If you happen to visit the park at night, you should consider taking the time to watch for moonbows at Yosemite Falls. Moonbows are sometimes called lunar rainbows, and they are beautiful and often attract photographers to the park during full moon nights. Watch a video about moonbows in Yosemite National Park and you can see one yourself! There are many waterfalls throughout the park where you can catch a moonbow, so you can’t miss out on this opportunity.

The moonbow occurs when the moon shines on a waterfall, forming a thin arc of water. This arc of light is so dim, it’s nearly invisible to the naked eye. While you are watching it, try to avoid using your cell phone or flashlight to take pictures. The colors of the moonbow are only a hint of what you’ll see, but you can begin to pick up on a spectrum of colors as soon as you look at the moonbow through a camera. If you’d like to know more about moonbows and Yosemite at night, visit Hawkins’ Yosemite Moonbow website and the accompanying Moonbow Viewing Guide.

Whether you’re looking for a moonbow at Yosemite is a matter of luck and patience. If you’re lucky, you can see one at Cumberland Falls or at another location. The moonbow will appear around a full moon in December or every month in May. You’ll also find moonbows at Bridal Veil Falls, Vernal Falls, Nevada Falls, and Wapama Falls, near Hetch Hetchy.

A Guide to St Lucia, the Lesser Antilles